The Outsider's greatest horrors are human

Someone dies violently. Someone else grieves. Someone is guilty. Someone else seeks them out. All stories are matters of cause and effect, but in crime dramas, those paths stand out clearly. Crime, grief, clues, evasion, deception, pursuit, arrest, and so on, a chain of events in which even the unexpected is usually expected. Stephen King’s 2018 novel The Outsider is, first and foremost, a terrific yarn, but it’s also about that chain when disrupted. Some of those disruptions are painfully human—a father lets some primal part of his brain take over in a fraught situation, one major element in the eventual death of two people who’d already lost a great deal, and to the fracturing, if not ruin, of two families.

Some, on the other hand, aren’t human at all. Evidence is evidence, but what happens when two ironclad pieces of evidence contradict each other? What you know of a person firsthand is all that matters, but what happens when you’re suddenly forced to question every single thing about them you believed to be true? How can a kind, honest man be a brutal child murderer and rapist? And putting aside guilt and innocence, how can that person be undeniably in two places at once?

HBO’s choice to air these first two unrelentingly grim episodes back to back is a smart one—and not just because it’s the perfect set-up for some clever, tension-easing joke about how director and star Jason Bateman can possibly be in two places at once. Novelist Richard Price, also no slouch in the TV department (The Wire, The Deuce, The Night Of), uses these two hours to drop in on that chain at several starting points, showing us how the careful gathering of evidence leads inexorably to an arrest that, based on what we’re shown, is both inevitable and correct, and horribly wrong. Then he shows us all the things that go wrong next.

Both Price and Bateman understand the power of restraint. That opening is a horrorshow, precisely because Bateman allows your imagination to fill in the blanks; when we see Frankie Peterson’s face, it’s a heartbreaking nightmare, but it’s only one piece of stomach-clenching imaged conjured in the mind of the viewer. (The juxtaposition of this grim discovery with the elegant music playing in Ralph’s headphones plays no small role in setting the grim, slow energy of the first episode, like watching an avalanche in slow motion; it’s only intensified when the connection between the music and Ralph’s late son is revealed. More on that in the stray observations below.)

Price’s show of restraint is more complicated. Many other writers jump right to the arrest, or perhaps move through some fast-moving montage of witness testimony on the way the arrest, but Price actually mirrors King’s structure, juxtaposing Ralph’s growing horror, disbelief, and eventual rage at Terry’s crime with his later grim determination, as well as with Terry’s own gradual, nightmarish realization of what’s about to happen to his life. This careful approach is a hell of a trick: It asks us to experience this seemingly clear-cut event from mutiple perspectives at once. We’re the man with the dog. We’re the horrified police detective. We’re that same detective, gradually discovering that a revered member of the community—one who had extensive contact with his own son—seems to be an unrepentant child rapist and murderer who is also maybe a cannibal. We’re with him as he shoves down his fury, sending in others to make the arrest in as public a way as possible, and we’re with him as he struggles to process the impossibility of the situation in which he finds himself. And all along, we’re also Coach T, making pancakes for his kids and trying to shield them from the nightmare in their own backyard, only to see a new corner of that nightmare march up to greet him.

There’s much to admire about this episode, and not just in Bateman’s direction and Price’s teleplay. The cast is great, Mendelsohn in particular, but Bateman is nearly as good; the music is evocative and upsetting. Price fits in a huge amount of plot, and somehow makes each witness statement surprising and revealing in a new way. It’s good and it stays good, right down to the terrifying, all-too-human whispers in the night—one of many horrors of this world somehow more distressing than the sight of the mysterious figure with the “Play-Doh Face,” as he’s described in the book. But that first act is a hell of a thing, taking us down a familiar chain in a way that is itself disrupted, thus, in a small way, mirroring the experience these characters are having.

As good as that opener is, however, it’s got nothing on the beginning of the episode that follows. Terry and Ralph’s off-the-books conversation is impeccably acted; that it dives right into Terry’s fateful march to the courthouse makes it all the more effective. Bateman’s direction of Ollie Peterson’s attack slows things down, and yet it still seems to move so quickly—a feeling reinforced by the swiftness with which the show reveals Terry’s death. (The Outsider now joins the ranks of TV shows which kill off apparent protagonists in their earliest hours.)

Impossibly, it barely slows down from there, without ever really rushing. Mendelsohn’s largely responsible for that. Something is wrong. Nothing makes sense. He is determined to fix it, up to and including going to therapy. (Thanks for making that deal, Yul Vasquez.) Yet it just keeps getting worse. Things make less and less sense. In what’s perhaps the most upsetting image in a truly distressing hour, Frank Peterson’s body careens out of a second floor window as he swings at the end of a rope. And Ralph’s energy takes him to the Maitland’s home, a move that displays his desperation—hard to imagine anyone wanting to make that call for any reason, ever. It seems likely to offer nothing but pain, but then one piece of information jumps out: “Daddy got a cut.”

To be honest, it’s tough to dissect this second episode in a two-fer review like this one, because so much happens. But “Daddy got a cut” is the moment the chain temporarily straightens itself out. It may not make sense to anyone involved, but you can see Ralph’s detective instincts kick in. The horrors of cruelty, brutality, and despair linger, but in that moment, more than in any of the Play-Doh Man moments and even more than the sight of Jason Bateman with blood all over his eating area, the threat of the supernatural feels most potent in those four words. “Daddy got a cut,” she says, and a door that should probably stay closed starts to swing open.

Welcome to The Outsider coverage! This is happening on a trial basis, so make sure to come back next week and the week following if you want to keep reading about the best Stephen King adaptation of the last couple of years.In the novel, Ralph’s son Derek is alive and well, and it’s his distress over the arrest and later the death of Coach T that intensifies the situation for Ralph and Jeannie. I think it’s a pretty brilliant choice, actually—it makes the grief of losing a child that much more immediate for Ralph, and makes his impulse to have Terry arrested in public that much more understandable.Fun tidbit: In the novel, the cops find jack shit of consequence on Terry’s electronic devices, but they do learn about his TV watching habits. He likes The Americans, as well he should, but he’s also a big fan of the Jason Bateman-starring Ozark. I love this book, and I’m eager to talk about it in context. One request: If you’re doing so in the comments, please make sure to clearly mark anything that could be considered a spoiler. Just because it seems to have been cut from the book doesn’t mean it won’t turn up eventually.

Tyler, the Creator, with Boyz II Men, shocks and awes in Grammys performance 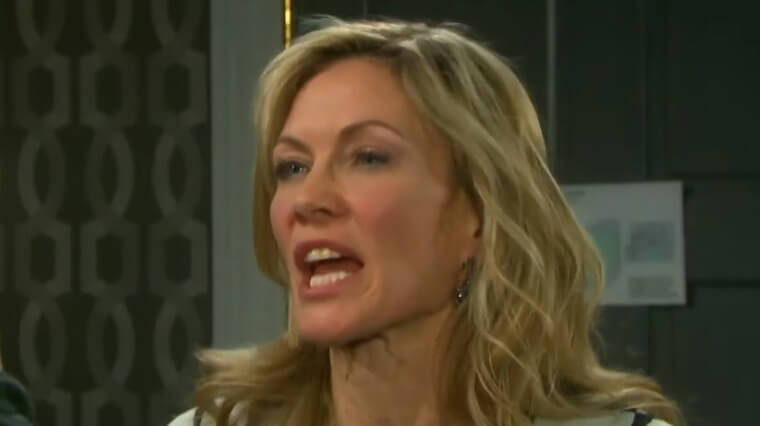 NBC 'Days of Our Lives' Spoilers: Kristen And Brady's Relationship An Uphill Battle

Lil Nas X's Skyrocket to Fame Has Had Some Dark Moments 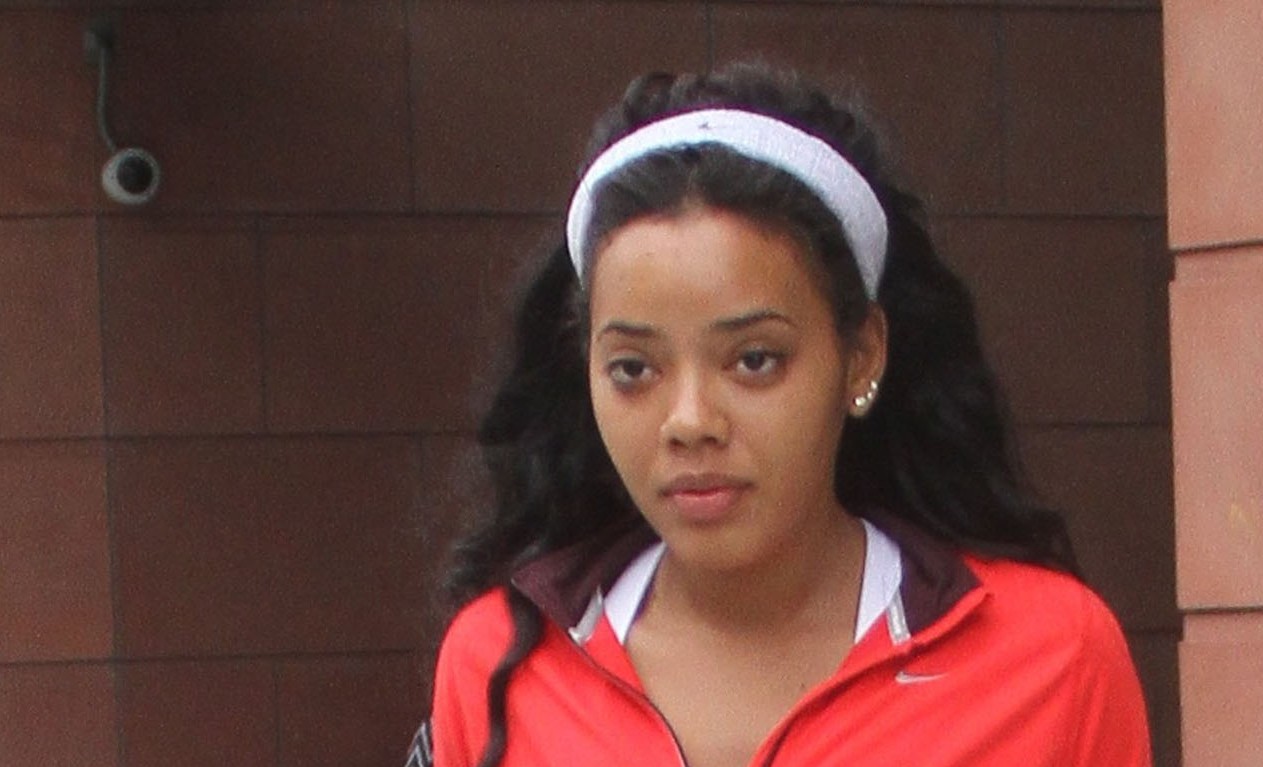 Angela Simmons Breaks Down In Tears In Emotional Conversation With Her Son! 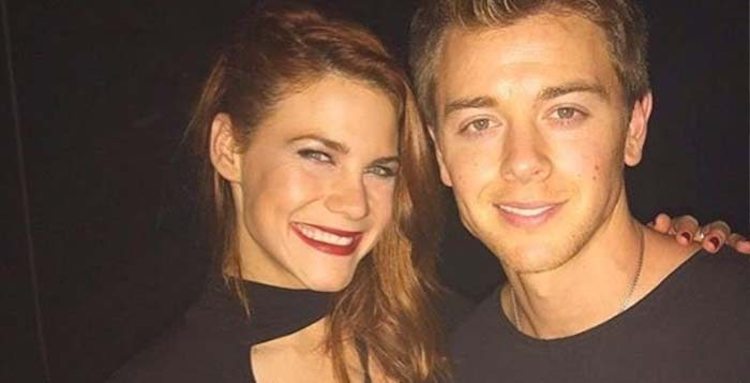 Watch: Blake Shelton and Gwen Stefani get romantic in video for their new duet 'Nobody But You' 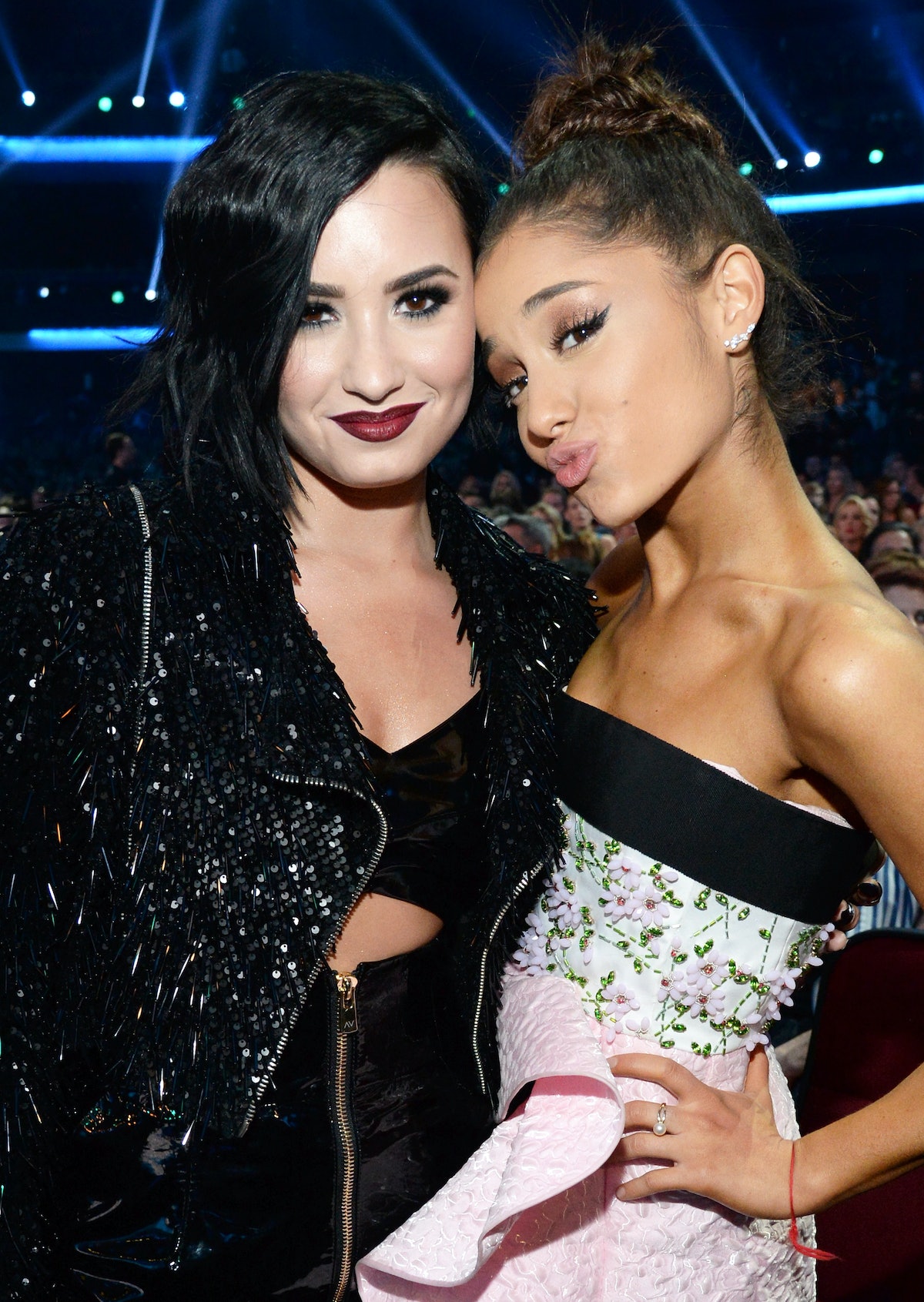 Are Ariana Grande &amp; Demi Lovato Friends? They're Closer Than You Think

The Real Housewives of New Jersey